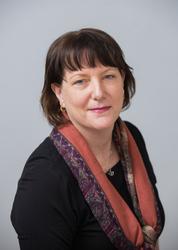 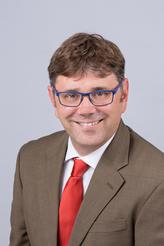 Wendy Shiff is a seasoned litigator, experienced with all aspects of civil litigation in state and federal court, including pretrial procedure, discovery, client counseling, alternative dispute resolution and trial.  Ms. Shiff is a member of the California State Bar and is admitted to practice before the courts in the state of California, the U.S. District Courts for the Central, Eastern, Northern and Southern Districts of California and the Ninth Circuit Court of Appeals.

Ms. Shiff loves spending time with her husband, son and two rescue terriers.  She is also an avid swimmer who enjoys cooking, baking and going to the movies.  Ms. Shiff also volunteers every week at a local food bank

Prior Experience
Drew Alexis has worked at both large and small law firms and served as an in-house attorney for publicly-traded corporations and as general counsel to a national non-profit corporation, giving him an extensive and diverse legal experience.  As in-house counsel for a financial institution, Drew managed a Human Resources Legal and Compliance Department of ten employees and established a Wage and Hour Division within the company to address wage and hour matters for the company.

Drew also has served as an Associate Adjunct Professor of Law at Southwestern Law School in Los Angeles, California and the University of California – Irvine School of Law and has taught courses on Employment Discrimination Law, Sexual Orientation and the Law and Animal Law.

Commendations
In 2004, Mr. Alexis’ writing skills were recognized by the Court of Appeal of California, Fourth Appellate District, Division Three, in the decision of Hope International University v. Superior Court of Orange County, 119 Cal.App.4th 719.  Concerning Drew Alexis’ Motion for Summary Judgment, the Court called the brief “very readable,” “highly professional” and noted that “[i]n terms of simply getting the story across, it is a first-class piece of legal work.”  (Emphasis added.)

In 2009, Drew was selected as a Rising Star in the field of Labor and Employment law for the Los Angeles Magazine, an award provided to approximately 2.5 percent of the best up-and-coming attorneys in Southern California who are 40 or under, or who have been practicing for 10 years or less.

Admissions to Practice
Mr. Alexis is a member of the California State Bar (Bar No. 177692) and is admitted to practice before the courts in the state of California and the U.S. District Courts for the Central, Eastern, Northern and Southern Districts of California.

Personal
Originally from New York, Mr. Alexis lives in Long Beach with his spouse and three cats.  When not working, Mr. Alexis enjoys playing the mountain and hammer dulcimer and cooking.  Mr. Alexis is currently volunteering as the Secretary and Member of the Board of Directors of RowdyGirl Sanctuary, Inc., a non-profit animal sanctuary in Texas. ​